After a Journey Around the Moon, NASA's Orion Capsule Has Arrived Back on Earth

After a Journey Around the Moon, NASA’s Orion Capsule Has Arrived Back on Earth 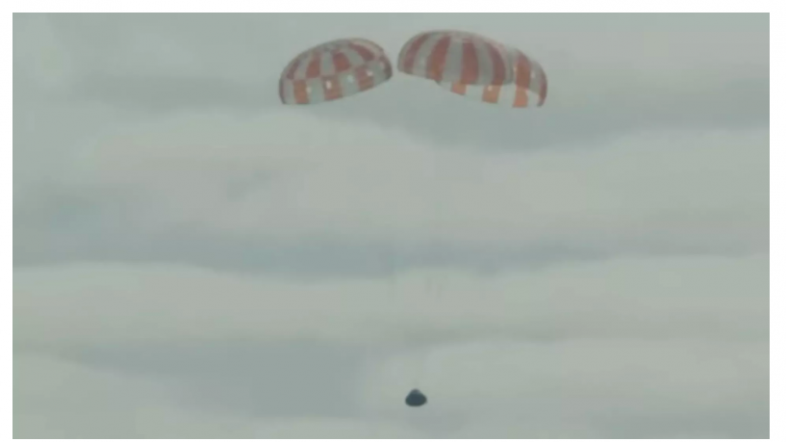 Orion splashed down under its parachutes in the ocean at about 12:39pm ET. The capsule successfully executed its “skip entry” return to Earth by skimming the planet’s upper atmosphere, skipping back out and then re-entering, coming down under parachutes. “The latest chapter in NASA’s journey back to the surface of the Moon comes to a close,” NASA spokesperson Rob Navias said during the webcast of the splashdown. “Orion is back on Earth.”

NASA could send people back to the lunar surface as soon as 2025, but its next Artemis mission will see a crew of astronauts circle the Moon before coming back to Earth.

Before people can land on the Moon, however, companies with NASA will need to deliver a lunar lander and spacesuits for use on the Moon.