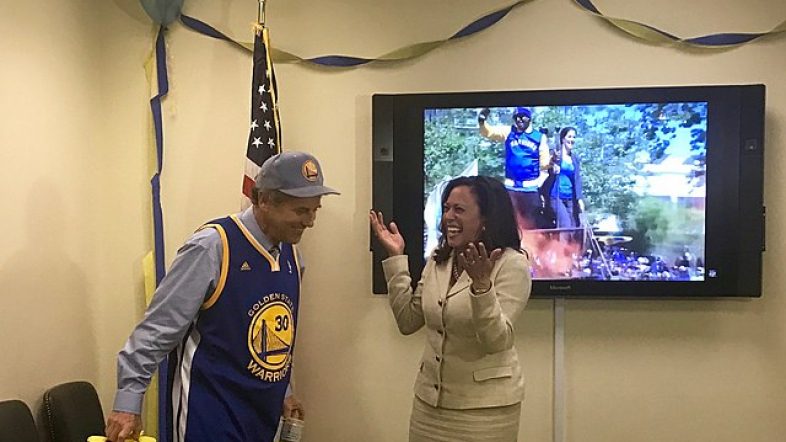 After claiming that the border is secure, Vice President Kamala Harris is accusing Republican Governors of “dereliction of duty” by “allowing” the illegal migrants to cross our southern borders, be loaded onto busses and planes, only to end up on her own doorstep. 50 additional migrants have ended up at Kamala Harris’ place of residence. This past Sunday, Kamala Harris said that the border was secure. Now she is facing the truth of her misinformation.

Meanwhile, the border patrol agents have said that the border is far from secure. This is evidenced by the bus and plane loads of migrants that have been taken from our southern border and deposited into cities and vacation destinations such as Martha’s Vineyard, NYC, and Washington, D.C.

During an interview of ‘Meet the Press’ which aired for the 21st Anniversary of 9/11, the Vice President claimed that the border was secure.

“I think that there is no question that we have to do what the president and I asked Congress to do, the first request we made: pass a bill to create a pathway to citizenship,” Harris said on “Meet the Press,” which aired on the 21st anniversary of the Sept. 11, 2001, terrorist attacks.

“The border is secure, but we also have a broken immigration system, in particular, over the last four years before we came in, and it needs to be fixed. “NBC News anchor Chuck Todd pushed back against Harris’ claim about the border being secure, asking, “We’re going to have 2 million people cross this border for the first time ever. You’re confident this border’s secure?”

“We have a secure border in that that is a priority for any nation, including ours and our administration,” Harris replied. “But there are still a lot of problems that we are trying to fix given the deterioration that happened over the last four years. We also have to put into place a law and a plan for a pathway for citizenship for the millions of people who are here and are prepared to do what is legally required to gain citizenship.”

Harris blamed the challenge of legally gaining citizenship for the migrants on Republican law makers.

Harris, who was visiting the Lone Star State last week for a number of events, was put in charge of tackling the border crisis by President Biden shortly after they assumed office in 2021. She has been failing at her job.